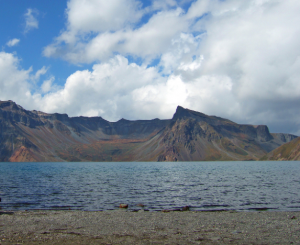 In a recent Reddit AMA, North Korean defector, Joseph Kim, was asked what he was most surprised to learn about the west when he moved to America and what he missed most about North Korea. In his response he described how nature and relationships were both the things he most missed about Korea and the things he most enjoyed in America.  It is well acknowledged in psychotherapy how significant others create formative experiences for us, shaping how we see the world. We often overlook the significance of place and environment in shaping our formative experience.

In his new home country Kim was surprised by the culture of relaxing in public parks with loved ones, “I guess one thing would be, for example, going to public parks with family, refreshments and barbecues, laying on the ground – I think that was something I never really imagined. I never had that in North Korea. We never had those kind of things.”

In North Korea he’d also enjoyed the company of friends and spending time in nature, however the interaction tended to be more active, “I definitely miss some things. I do miss my friends, and also my hometown, my hometown has so many memories. It’s a place that I learned how to swim in the river there, there were mountains we climbed for fun, and one thing I do really miss is the pear tree from my backyard.”

Kim no longer has family in North Korea, his immediate relatives having either died during the famine of the 1990s or escaped to China, for him it could never feel like home again. However he believes if he returned the tree he planted would anchor him with memories, giving the feeling of connection in the absence of family, “Even if I go back to North Korea, which is not going to happen, I won’t be able to say “Oh, this is my home” because most of my family is no longer there. So seeing the pear tree I planted would give me some memories.”

For Kim formative experiences both as a child and as an adult settling into a new country were rooted in nature and relationship.