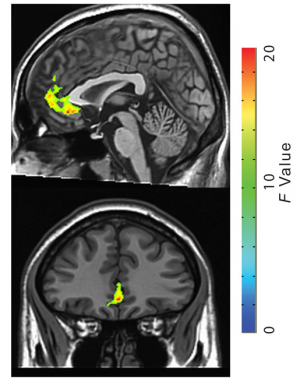 Recent research from the University of Stanford has shown how time in nature has a calming affect on us by monitoring what is happening within our brain when we spend time in nature. The research found that walking in nature reduces rumination, our capacity for negative self talk.

As more of us move into cities, the research points to the importance of having access to green spaces in urban environments to support our emotional health. It indicates why many of us go for a walk to get some fresh air and clear our minds when faced with dilemma’s and difficult decisions. It also points to the benefits of psychotherapy in nature and just one of the ways nature is a co-counsellor helping us to gently quieten our inner critic.

The study used the results of 31 participants (16 female, 15 male), non of whom had a history of mental health problems, to allow a broader applicability of the research’s findings. All thirty eight lived in urban areas of San Francisco Bay, the research team posited that this group would have higher levels of rumination due to the stressors associated with urban living and less regular contact with nature.

Each participant self reported levels of rumination using the Reflection Rumination Questionnaire (RRQ) and MRI scans were used to measure the regional cerebral blood flow in the sgPFC. The participants then commenced a 90 minute walk. Half of the participants were randomly selected to walk in natural and urban environments. The nature setting was grassland with scattered oak trees and shrubs with scenic views, whereas the urban walk was along a pavement by a busy main road with three to four lanes in each direction. Following the walk the participants again completed the questionnaire and were rescanned in a resting-state. The participants were transported to and from the walk start point by a 15 minute car ride.

It found that those taking a 90 minute walk in nature had a decrease in activity to the subgenual prefrontal cortex, the area responsible for rumination. Whereas those who walked in urban areas did not show any reduction. The research showed that the impact of reduced rumination was lasting at least in the short term, as the results were measured after a 15 car ride. It would be interesting to study further how long the immediate benefits of time in nature last, before the impact of urban stressors take over again.